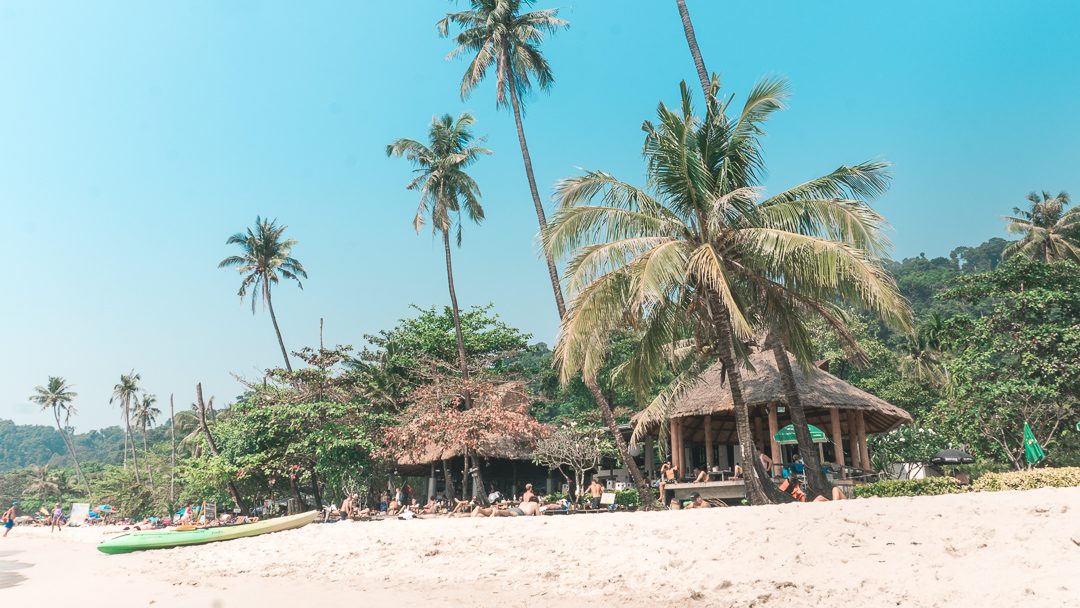 Hello everybody! It’s freezing cold here in Germany and I keep daydreaming about our South East Asia trip. This blog post will be part of a short series, where we want to tell you more about our travels through three different countries in South East Asia.

The first country we visited was Thailand, since we’ve always wanted to go there and the flights to Bangkok were a relatively cheap solution.

On the second of February we flew from Munich to Bangkok with a stop in Abu Dhabi. We booked flights with Etihad airways and were very happy with the company! For both of us it was the first time to fly such a long distance and we could not have booked a better flight in my opinion. The staff of Etihad was very friendly, we got blankets, pillows and headphones on the flight and the best thing was the food!

We booked our meals in advance to make sure we would have vegan food on the plane. It was even possible to choose between oriental vegan dishes and more western vegan food, we choose the first option. The meals consisted of a main dish with rice, veggies and tofu or beans, a small salad, a bread bun with vegan margarine and some fruit. We also got snacks such as crackers and sandwiches with grilled vegetables. The food was very good and drinks were of course included as well! When we arrived in Bangkok, we booked a bus to the city which only cost us around 1€ p.p. for almost an hour drive. We stayed in a hostel called “Niras Guesthouse” which I’d say was in the middle price range for hostels in Bangkok. The hostel was beautifully decorated and we shared a four bed room with our friends. We had our own bathroom and balcony. The only thing we didn’t like so much about the hostel was the included breakfast, since it was typical western food and there was no real vegan option. We could luckily arrange to get some toasts with jam and salad for breakfast, both are typical foods we eat a lot in places that aren’t very vegan-friendly. (The entrance area & kitchen of Niras Guesthouse in Bangkok)

While in Bangkok, we met up with my younger brother and some of his travel buddies, which was a lot of fun. 🙂 Together we explored China Town were we had the best street food Pad Thai and had fun on the Khao San road. On another day we went to a fully vegetarian and vegan restaurant called “Mango”, which is located within about 5 minutes walking distance of the Khao San road. We had so much delicious food there, such as a vegan curry with lotus and many other veggies, a stir fried rice with peppermint leaves which was very interesting and pancakes with coconut icecream and sauce. (Ken’s curry at the vegetarian & vegan restaurant “Mango” in Bangkok)

We definitely recommend you to check out this place if you ever come to Bangkok! We enjoyed the buzzing city life with night markets, crowded boats along the canals, fruit & fruit shake stalls everywhere and we drove around with tuck tucks a lot, because it was so much fun! 🙂 After two nights and three days in Bangkok we decided to go to a thai island called Koh Chang, which means “the island of the elephants”. We went to a booking agency on a side road of Khao San, where we booked a trip with a minivan from Bangkok to the ferry which took us to Koh Chang. Even in the booking agency it was possible to bargain about the price for the trip and we got it cheaper than we first thought it would be. (we saw a huge monitor lizzard in the canals of Bangkok)

We heard from my brother about how beautiful Koh Chang was and he also recommended a cheap and very beautiful guesthouse called “Thalé Guesthouse” to us, where we stayed for three nights. The rooms were very basic and had no AC but the whole hostel was stunningly beautiful and cozy and I just loved it! It was one of the cheapest places we stayed in during our whole trip, since we only paid around 3€ p.p. for a double room!

(The entrance of Thalé Guesthouse)

Koh Chang was like paradise, with beautiful long beaches, some but not too many other tourists, awesome restaurants with many vegan options, jungle on the island and stunning sunsets. In fact Koh Chang was one of the places I liked the most in South East Asia! After six nights in Thailand we decided it was time to go on and travel to Cambodia, and we will tell you more about our journey in an upcoming blog post.. Stay tuned for that and have a nice Sunday evening everybody!

Until then,
Anouk & Ken 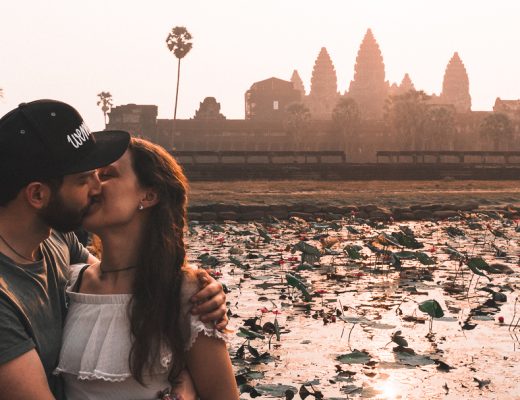